Last week saw another central bank hike its rates. The Bank of Canada, which increased its overnight lending rate by 0.50% in May, announced a further 0.50% rise, taking the benchmark rate to 1.50%. What’s more, in a speech to the Gatineau Chamber of Commerce the day after the announcement, deputy governor Paul Beaudry suggested rates may have to double to defeat inflation.

Inflation continues to be the dominant force directing central-bank policy decisions. This week the Reserve Bank of Australia (RBA) and the European Central Bank (ECB) will follow other policymakers around the world and take a more a hawkish stance.

The RBA is expected to raise rates by 0.25% at its meeting on Tuesday, but there is growing speculation that it may opt for a 0.40% hike, taking the cash rate to 0.75%, its pre-pandemic level.

The ECB, while not expected to move the deposit rate from -0.50% at Thursday’s meeting, is set to deliver a more hawkish message by signalling an end to its quantitative easing (QE) programme and indicating the need to hike rates at its July meeting.

In the US, employment data released on Friday continued to paint a buoyant picture. Markets had expected to see 325k jobs created in May, but the actual number was better at 390k. Attention now turns to this week’s inflation print in advance of next week’s meeting.

Data in the UK was light last week with Jubilee bank holidays halting trading on Thursday and Friday, but there were two releases worth noting. First, the Lloyds business barometer, which measures business confidence, improved by 5% to 38% (its highest since February). Second, consumer credit came in ahead of expectations with a £1.4bn rise (consensus £1.2bn). Inflation risks remain elevated, but businesses and consumers appear to be weathering the storm for now. 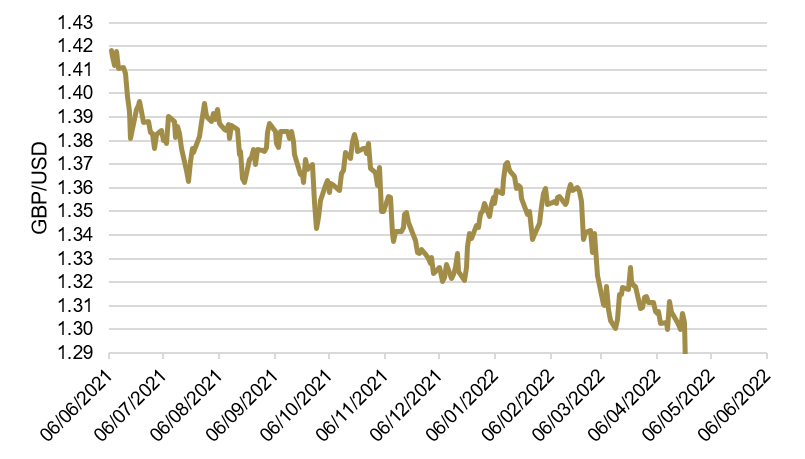